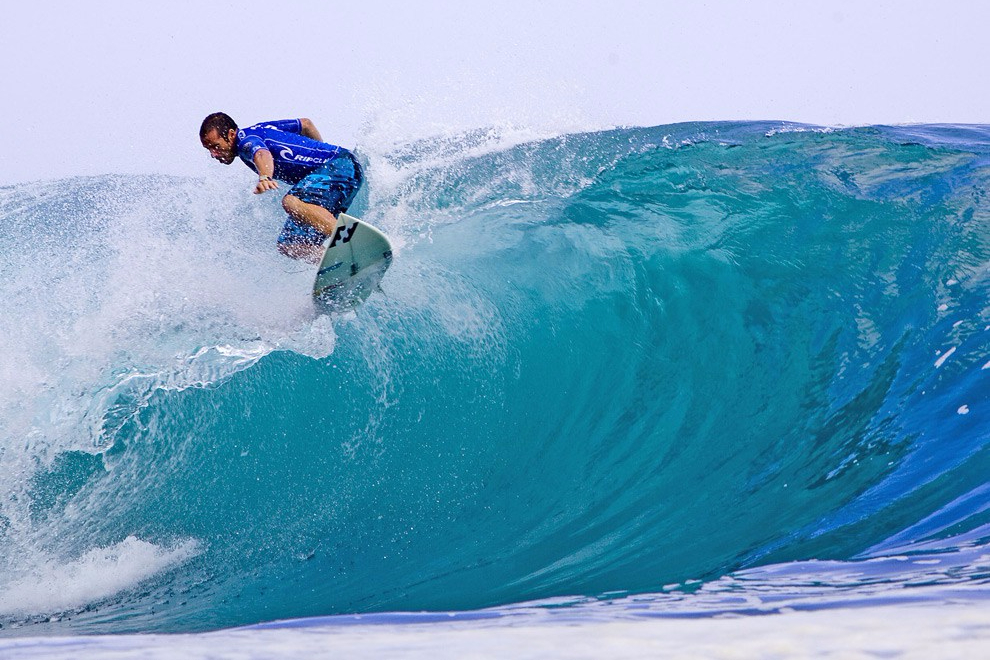 Several years ago Cherry and I had the opportunity to go to Hawaii. We spent a week in Maui enjoying as much of the beautiful island as 7 days would allow. One day we drove to the north side of the island because we were told we could see some huge waves. We were not disappointed.

I grew up in Alabama where the most common vacation destinations are beaches along the Gulf Coast (Destin, Panama City, Orange Beach and Gulf Shores). I’m no stranger to waves. One of our favorite things to do as a family to this day is to play in the ocean. However, the waves on the beaches of Alabama and Florida are nothing like the waves I saw in Maui. Gulf Coast waves reach a height of about 3 feet…and that’s when there is a storm brewing. The Maui waves were 15-20 feet high. They were massive. They intimidated me. I had no desire to enter that water.

Not all people were afraid of the waves that day. Several surfers were thrilled. As I watched them I was amazed at their skill. Sure, some of them fell, but they returned to their boards with grins (and sometimes a grimace) on their faces. If they were scared, I couldn’t see it. In fact, what I saw was determination mixed with joy. They were determined to ride the waves for the thrill of speeding down the mountain of water.

Waves in life (and I’m talking about real waves…not Gulf Coast vacation waves) are things we try to avoid. The Apostle Paul called out some “20 footers” in chapter 8 of Romans. Waves like trouble (the stress of a no win situation), hardship (when we have few options and none of them are pleasant), persecution (being hated or taken advantage of…just because), famine (when basic needs not being met), nakedness (forced vulnerability), danger (staring at a scary, uncertain future) and sword (experiencing a violent crime, act of terrorism, or war). Waves of this nature are not survived with pool noodles and floats. No one can touch bottom and just jump as wave rolls under their chin. When someone is forced into vulnerability and/or taken advantage of, it can drown them. When we lose a home or become a victim of a vicious crime, it can push us to ocean floor.

In this same chapter Paul, filled with the Spirit and inspired by God, makes some outrageous claims about the limitations of these waves and our ability to overcome them. It starts with this promise in verse 28: “And we know that in all things God works for the good of those who love him, who have been called according to his purpose.” Remember, Paul had endured many of the waves mentioned above. His inspiration when penning these words did not stem from his stay in a Holiday Inn. He wrote these words while under arrest. He wasn’t claiming hope for something he had not yet received. He was speaking of a hope that he was living off of…a hope he had already tasted.

He then says in verse 37, “No, in all these things we are more than conquerors through him who loved us.” Paul had been pounded with the big waves and he didn’t just conquer them. Through Christ, he had “more than” conquered them. To me, that is what I saw at Maui. The surfers that day were not just riding water. They were “more than” conquering water mountains. They displayed determination as they swam into the waves; failure when they lost their balance, excitement when they stood on their boards and smiles as they rode the wave until it’s power had subsided. They had more than conquered it.

Life is going to have its waves. Some of them will be huge. We can’t just run from the water. Following Jesus, living for him and representing him means we face the waves with determination and the hope of joy. No wave has the power to be our demise. No wave can separate us from God’s love and care. No wave is too big to conquered. Yes, we will be intimidated sometimes. Yes, there will be days we lose our balance. We will all try to avoid these waves and no one wants to play in the water when they roll in. However, the same wave that scares us can also thrill us. With Christ, we are more than conquerors.

← Fences, Horses and Peppermints
Faith is a Game Changer →