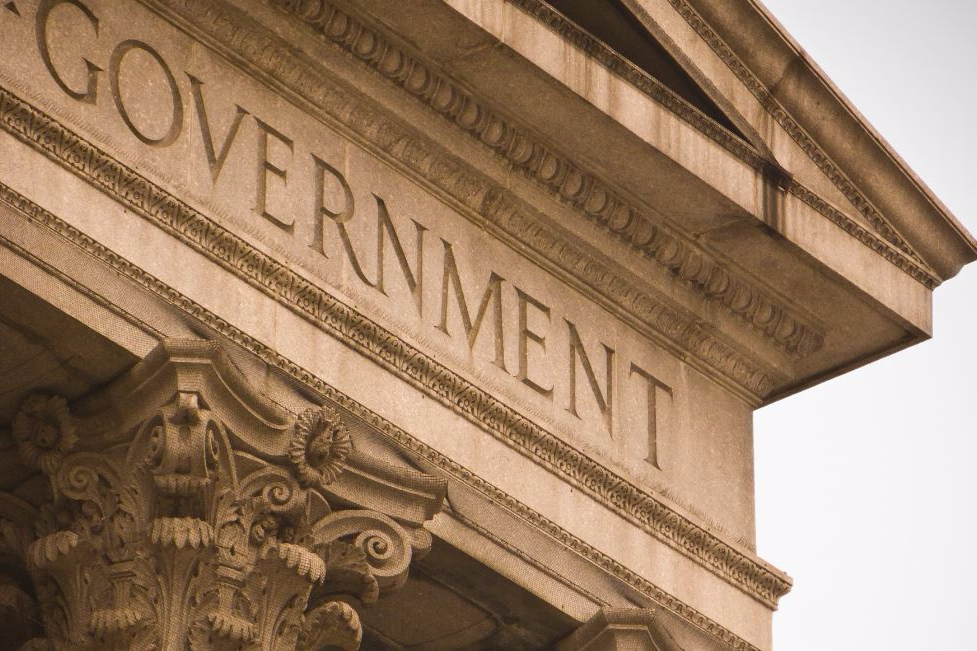 How should Christians respond to bad government? It is a question that came up while I was preaching through the Book of Esther. Tucked away in this Old Testament book where God’s name is not even mentioned, we find a king who made a bad decision that impacted thousands and brought confusion to an entire empire. It is classic case of poor government. A case of a leader who is out of touch with the people he is leading, driven by the agendas of his closest confidants and simply ignoring the possibilities of just doing what is right.

Before I move forward, I want every person reading to understand I am not referring to any of our recent or current leaders in the United States. I am simply acknowledging that sometimes government is bad. It doesn’t matter if the leader is republican, democrat or independent. It doesn’t matter if the person is on the national, state or local stage. It’s just a fact…sometimes government is bad. And when it is, how should God’s people respond?

Xerxes (pronounced Zerk-sees) was king of the Persian Empire. He had an advisor named Haman who hated Jews. His anti-Semitism ran so deep that he devised a plan to have all Jews in the Persian Empire killed. He shared his plan with the king and sold him on it. The king passed a law legalizing a one-day genocide. Citizens of Persia would be permitted to purge their neighborhoods of all Jews. And, to top it off, people were allowed to take possession of their Jewish neighbor’s homes, livestock and wealth. Keep in mind; we are talking about the Persian Empire (around 480 BCE) when the king’s words were law. No questions could be asked and no law could be repealed. There was no Bill of Rights, civil rights, laws against discrimination or checks-and-balances in government authority. Haman’s atrocious plan was put into place and the purge was put on the calendar (just read Esther 1-3).

Mordecai was a Godly Jew living in the shadows of the palace when Xerxes announced the genocide (he also happened to be the foster dad of Queen Esther…that’s another story). When he discovered the law had been set in motion, the Bible tells us he…

“…tore his clothes, put on burlap and ashes, and went out into the city, crying with a loud and bitter wail. He went as far as the gate of the palace, for no one was allowed to enter the palace gate while wearing clothes of mourning. And as news of the king’s decree reached all the provinces, there was great mourning among the Jews. They fasted, wept, and wailed, and many people lay in burlap and ashes.”   (Esther 4:1-3)

From this brief passage we find guidance on how we should react when government is bad. Notice the 2 things Mordecai did:

1. He found a civil way to display his disgust.

In an era when civil liberties were not on the social radar, Mordecai displayed his anger and disappointment with the government without breaking any laws, destroying any public property or organizing a march. We are told he did not enter the king’s gate with his protest. Why? Because it was against the law! He was bringing attention to the unjust law without breaking any laws. Mordecai was walking a tightrope. If his protest were too strong, too loud, and too anti-government, then he would create a reason for people to hate him and other Jews. His actions would have built a case for Haman’s anti-Semitic opinions. However, if he did not protest enough, then he could not hold to Biblical values and people would think he did not care about what is good and evil…right or wrong. When government is bad today, God’s people must learn to walk this tightrope. We can’t riot, but we can’t be silent either.

2. Prayer was the backbone of his protest.

Mordecai went “wailing” in the streets and other Jews through the empire “fasted, wept, and wailed, and… lay in burlap and ashes.” These expressions of disappointment and angst are foreign to us. I’m not suggesting we start wearing burlap when government is bad. However, these were the customs of prayer when in a crisis for a Jew in 480 BCE. Their public displays of civil disgust were bathed in private prayer. Before they cried out to the greater community for justice they cried out to their Creator. It would be wise for God’s people to follow this practice when government is bad here in the good old USA. Too many of us rely on social media rants, rallies, marches or the latest political personality to be our voice. When instead, we could use our voice to cry out to God and then let Him give us a voice in our community.

Queen Esther found out about Mordecai’s personal, public protest. She was in the dark about what was happening and she was concerned. Mordecai did 2 more things.

Esther sent for Hathach…her attendant. She ordered him to go to Mordecai and find out what was troubling him and why he was in mourning…Mordecai told him the whole story,…[and] gave Hathach a copy of the decree issued in Susa that called for the death of all Jews. He asked Hathach to show it to Esther and explain the situation to her. He also asked Hathach to direct her to go to the king to beg for mercy and plead for her people. (Esther 4:4-8)

When Esther’s attendant came asking what was wrong, Mordecai told the exact truth and backed it with a copy of the written law. He did not share his version of the facts, the fake news of the facts or the alternative facts of the facts. Even though he was emotional, he did not allow his emotions to exaggerate his story. When emotions get involved, it is easy to exaggerate (like the husband who is angry and says, “My wife NEVER helps me!”…Really?…Never?). God’s people can’t be like that. Nothing turns people into a hot mess like bad government…even Christians. But in those moments, we must use honest words not exaggerated versions of facts. Why? Because when we exaggerate we are trying to force a reaction instead of trusting God. When Mordecai shared the truth he was trusting God in a practical way with an emotional situation.

4. He boldly challenged others to take a stand.

Mordecai challenged Queen Esther to do the right thing by challenging her to use her influence and reminding her of God’s purpose for her life (read Esther 4:10-17). People in leadership positions need to be reminded of this. When is the last time you wrote a letter, made a phone call, scheduled an appointment or took a politician out to lunch? I realize with many national figures this is unrealistic, but city council members, mayors, county commissioners and other civic leaders are accessible. It may require some persistence, but the relational Christian is much more appealing than the political one. Mordecai did not tell Esther what to do. He asked her if she would let God do something through her. What would happen if conversations like this happened when government was bad?

I don’t have the space to tell you how this story ends, but I’ll give you a hint (spoiler alert). God rescues the Jews from genocide and bad government leaders are exposed. God rights the ship. I believe this is still possible today when government is bad. When things get sour in political circles and bad laws are passed, let’s stop shouting our rights and instead start practicing our faith.

← Grenades of Goodness
Will My Kid…? →