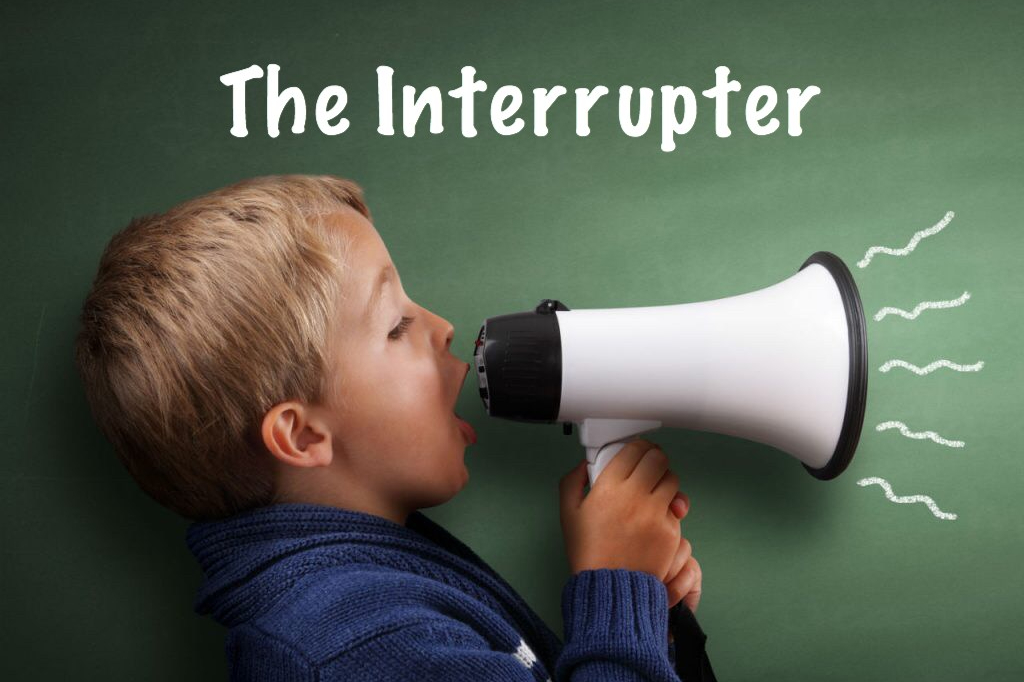 I think God likes interrupting us. Interruptions are a part of life so it should not surprise us that God would use them to get our attention. Interruptions happen at a frantic pace. Because of this, we know what they are but we may have forgotten what they actually do. Interruptions stop us in the midst of feeling, thinking, saying or doing something. They break our normal routine and create a reaction either by force or coincidence.

An interruption can infuriate us or recalibrate our thinking. It all depends on how we interpret the interruption. A well-timed and well-received interruption can stop us from making a mistake, rescue us from faulty ideas, and spare us from embarrassment. It can even set us on a new course with a new perspective. But, if we are in a hurry…or cocky…or totally self-centered…an interruption can set us off. It can feel like an emotional traffic jam at the worst possible time.

Early in his ministry before becoming a national celebrity, Jesus was a traveling teacher. The bible tells us he went from one town to another speaking in synagogues all through Galilee.1 On the Sabbath he would arrive at the local gathering. It was the custom to let a traveling teacher speak, but by our standards he was an interruption. No one had invited him. His presence stopped them in the midst of what they were going to say or do and they would allow him to speak.

These synagogue interruptions had mixed reviews. When he taught at Capernaum, the people were pleasantly shocked by his teaching.2 The group received the interruption as a blessing and were introduced to the One who came to save them. God got their attention and they gained a new perspective.

When Jesus spoke in Nazareth, his hometown, the mood got ugly quickly.3 Again, he showed up unannounced interrupting their Sabbath routine. We are told his teaching at first amazed the people, but the excitement quickly faded. He claimed to be their Messiah and that was just too much. After all, they had seen him running through their neighborhoods as a boy. They hauled Jesus out-of-town intent on killing him. His words offended them because of their pride. They simply were not receptive to God’s interruption.

Here’s another example: Shortly after Jesus’ resurrection and return to heaven, the disciples were overcome with the Holy Spirit. We are told they left the upper room they were huddled in and went to the streets of Jerusalem interrupting the religious celebration called Pentecost. Language groups from all over the world where in Jerusalem that day. Due to the power of God’s Spirit in them, the disciples were able to give a powerful explanation of the life, death, burial and resurrection of Jesus Christ in each person’s native tongue. These Galilean men were speaking languages they had never learned. What an amazing interruption that must have been?

Yet, there was a mixed response. Three thousand people were amazed and believed in Christ. Others saw and heard the same interruption and claimed the disciples were drunk.4

Not all of God’s interruptions involve large crowds. Once, Paul and one of his missionary partners were put in chains and placed in a maximum-security cell. At midnight God sent an earthquake. Their chains fell off and every cell door to the prison was opened. The jailer woke to see the cell doors open and his first thought was to kill himself. Before he could impale himself with a sword, Paul interrupted him. This interruption spared the jailer’s life and influenced him and his family to become followers of Christ.5

I bet God has been interrupting you. If you haven’t recognized it, it is because something is cattywampus in your heart. Let’s go there…next time.

5 Comments on “The Interrupter”