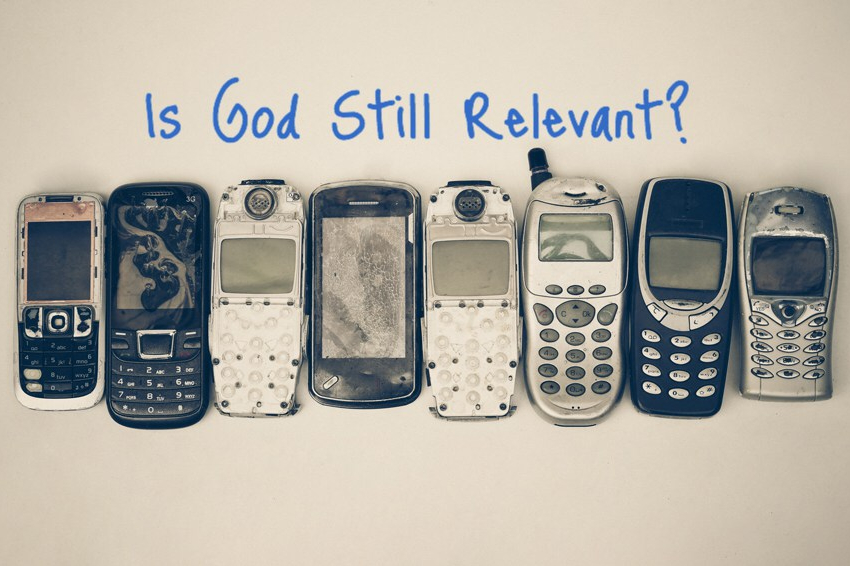 Is God out of touch with what is going on in the world? It is a popular question. People are being bombarded with one crisis after another. The tragedies unfold in all shapes and sizes from human inflicted pain to natural disasters. It is easy to wonder if God is paying attention. Sixty-three percent of Americans still believe in God, but a growing number of individuals are joining Stephen Hawkins’ conclusion: “There is no God.”1

For most people the role of God in their life is not as black and white as “I believe in God” and “There is no God.” Most think He exists, but they struggle with understanding His ability to relate to them. They believe He knows more, sees more and cares more than the average human. They think He wants to help, but the world has become too complex…too far-gone…too advanced. People have a convoluted view of God. They respect Him and remember His great reputation, but doubt He really understands where they live?

In spite of our 5G, 4k, Alexa and Siri world, spiritually we have not advanced much past the 1st Century citizen of Athens, Greece. They too were confused about God. Peering into their social, political and philosophical world we discover their city contained a forest of idols; statues that represented the different gods accepted by their society. They, like us, valued being religiously inclusive. No one had the right to tell someone else their god didn’t exist or the morals their god represented were wrong. There were many truths—not one. Does that sound familiar? The only difference between them and us; we don’t make statues. Our idol is our right to believe whatever we want.

In their efforts to leave no one out, they erected a statue to “The Unknown God.”3 They did not want to overlook a deity or offend its followers. They were open to new ideas and truth could not be absolute. This created another issue that closely relates to our current times. They were addicted to information.

They did not have Facebook, Instagram or Tik-Tok. Fox News, CNN and NPR did not exist. Instead, they had the Areopagus. Imagine a gathering of intellectual elites who had the authority to form public opinion. That was the Areopagus. We are told people gathered there to spend “their time doing nothing but talking about and listening to the latest ideas.”4 Sounds like surfing the Internet or watching national news. They were addicted to hearing something new and then adding their spin to it. Even if the process was futile, they did not stop. They could not stop, because they were so unsatisfied and frustrated with what they already knew. Again, sounds like us.

It was in this environment that God sent an interruption. His name was Paul. We are told Paul walked among their statues and started talking to people about Jesus. He spiked their curiosity because they had never heard of this God. They wanted to hear more so they scheduled him to speak at the Areopagus. Some were sincere in their quest to understand Paul’s God. Others were just looking for a good debate. Either way, God interrupted their world.

The reason this episode recorded in Acts is so important is because God reveals His relevancy. He proves He is in touch with what is going on in the world. Through Paul, God reminded everyone He is intricately involved in every human’s life. We will dig into it in the next time.

1- Religious Landscape Study from The Pew Forum, 2014 and “Stephen Hawking makes it clear: There is no God” by Chris Matyszczyk. www.cnet.com September 26, 2014.

2 – “John McCain Doesn’t Know the Price of Gas/Can’t Remember the Last Time He Bought Any” by Chris Kelly. www.huffingtonpost.com The Blog, July 5, 2008.

← The Interrupter
One Way to Find God →

4 Comments on “Is God Still Relevant?”