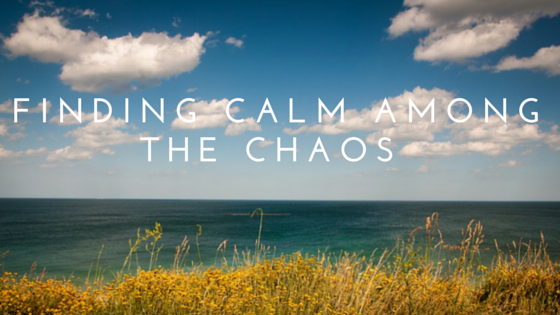 Pairs of…animals, of birds and of all creatures that move along the ground,male and female, came to Noah and entered the ark… —Genesis 7:8-9

…animals…came to Noah and entered the ark…

Have you ever wondered how this happened? Wild animals, from chipmunks to elephants, filed into the ark side by side. Lions walked by lambs. Snakes slithered beside rats. Hawks flew in over the rabbits. The animal kingdom, full of natural enemies and deeply imbedded habits to eat one another, peacefully entered a confined space and lived together.

Not only were these animals ignoring their survival instincts, they were also submitting to the commands of Noah—a human, also prone to not get along with wild animals. Why did the chaos of the animal kingdom calm down for Noah?

The answer: It was a benefit of obeying the Lord. The Bible says, “Noah did everything the Lord commanded him to do.” I think there is more to that than just building a large boat. Noah lived for the Lord in a community where selfishness was the value and violence was the norm. God called Noah’s world corrupt. It means it is used to be good, but it had turned bad.

Noah could not change his world and he had a difficult time influencing it. While living among his neighbors, I’m sure he shared his values and priorities. I bet he was generous and helped the needy. I think he had friends, was honest in business, loved his enemies and defended the weak. I believe he talked about God whenever the opportunity presented itself and I’m certain the people who knew him knew that he worshipped God. Do you know how many people outside of Noah’s family wanted to be like Noah? Zero.

Yet, the entire animal kingdom with all of its untamed members calmed down and cooperated with Noah. Would this have happened if Noah only partially obeyed the Lord? How much more difficult would it have been if Noah were not totally committed to everything God commanded?

Any person of faith knows it was God that calmed the animals, but what if God’s display of power was made possible by Noah’s devotion to God? God calls all of us to live for him, but the level of chaos we endure answering his call may be reduced when we strive “to do everything” the Lord instructs us to do.

Noah obeyed the Lord. That means, he made good choices—and what should have been chaotic, was peaceful. I wonder if the same principle applies to me and you? What chaos in our lives might be calmed if we would just make the good choice and obey the Lord?

There is an art to making to good choices. It doesn’t happen just because we want it to. You can discover that process here.

Wanderer, a song by Colton Dixon, encourages me. I hope it does the same for you as you pursue the good choices that will allow God to calm your chaos.

If these words of encouragement have strengthened you, please share them with a family member or friend. We all need encouragement.

← Commands
A Perfect Time to Praise →